Logos are the cornerstone of any company’s branding. A logo is like your face and your face changes throughout your life. A good logo looks good for a long time. In the same way, you can still recognize yourself when you were little. Still, logos usually don’t happen overnight.

To create the ideal emblem, companies usually take their time to evaluate what they stand for. The goal is to create a logo that represents the brand values and vision as much as the products they offer.

Logos are one of the most important elements in every marketing strategy and brand development. A logo is a symbol or sign that represents a company and can apply to its products and services. Over time, the appearance and meaning of logos have evolved and changed dramatically.

Nowadays, this is an obligatory part of the design, which is often created by professional designers.

The following logos are a demonstration of how companies make use of simple visualizations, typography, and colors to create good logos.

The typeface was originally intended for commercial use. The logo uses a three-color design, with the main colors being blue, green, and red. The logo’s colors represent the company’s focus on providing internet-based services.

Google’s logo is to symbolizes that they don’t play by the rules and know how to have fun. Instead of having a crazy font or symbol, they chose to relay their message with color.

The logo for Apple is one of the most iconic logos in the world. Rob Janoff designed the logo in 1976. The Apple logo has been the symbol of the company since 1976. It depicts a bite taken out of an apple.

According to the Apple website, the logo’s inspiration was from the bite taken out of a Gala apple by co-founder Steve Jobs. The logo has had many iterations over the years, but its simple design has stood the test of time.

The logo appears on computers as early as the famous Macintosh 128K. The logo was also used for other media platforms, such as the iPod.

The Apple logo was also used in all media platforms since 1976 and has undergone several design changes over the years. Apple is a brand with a rich heritage, and its logo has several iterations. The logo has stood the test of time and will continue to be one of the most iconic logos for years to come.

Coca-Cola has one of the most recognizable logos in the world. The Coca-Cola Company, commonly referred to as Coca-Cola, is an American corporation. It’s headquartered in Atlanta, Georgia. Coca-cola manufactures and distributes nonalcoholic beverage concentrates and syrups.

On 8 May 1886, Dr. John S Pemberton nailed the formula, but it was his bookkeeper who came up with the name “Coca-Cola®”. Frank M Robinson, suggested that “the two Cs would look well in advertising”. And with that, Robinson also designed the now world-famous Coca-Cola script logo.

The company’s flagship product, Coca-Cola, is the world’s most popular soft drink. In most countries, coca-cola trades under over 200 brands. The logo has gone through many changes. The latest version launched in 2012 has likely become the most recognized logo in the world.

The FedEx logo is one of the most iconic logo designs in the world. It’s instantly recognizable for good reason, as the FedEx logo has been in use since 1994.

Originally (1991-1994), the logo was simply “FedEx” in stylized block lettering. Later, in 1995, the FedEx logo was slightly tweaked with the introduction of an arrow and the addition of “Worldwide.”

In 1973 the logo was Federal Express. The arrow symbolizes how FedEx delivers packages “anywhere,” and “Worldwide” speaks to how FedEx has service across the world.

A logo can be attractive, innovative, unique, attractive, and the list goes on. But, one of the strongest reasons why a logo is successful is because of its longevity. The current FedEx logo, for example, has been in use since 1995.

The brand has managed to stand the test of time through constant reinvention and evolution. The logo is iconic and has been able to cultivate a sense of loyalty, familiarity, and trustworthiness. The logo is instantly recognizable and has become synonymous with the shipping giant.

A few logos are as recognizable as Target’s bullseye.

The two red rings and a bullseye logo have been around since 1962 and have become one of the most recognized brands in the world.

Target’s bullseye logo is distinctive and instantly recognizable. Although it’s become one of the most recognizable brands in the world, the logo’s meaning remains a mystery.

According to the Target website, the bullseye logo “represents our desire to provide easy access, low prices, and a great selection.” In 1968, Target changed the logo to its current design. 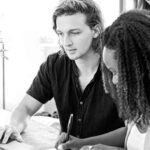 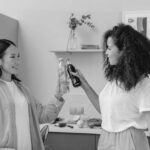 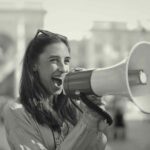